With an official entry list of 38 cars, International GT launched their 2018 season in grand style at Sebring Raceway. In the Mission Foods GT3 Cup Trophy competition, ROB BLAKE, who was joined by JUAN LOPEZ-SANTINI in the enduro, swept all three races in the 4 liter division. Taking the overall race win in one sprint and the enduro. Also with a strong showing, Series newcomer, STEVE SCHNEIDER, finished on the podium for all three races. (photos: right, Blake’s race car, Blake on the top step of the podium, with second place Schneider. Below, Schneider’s car) 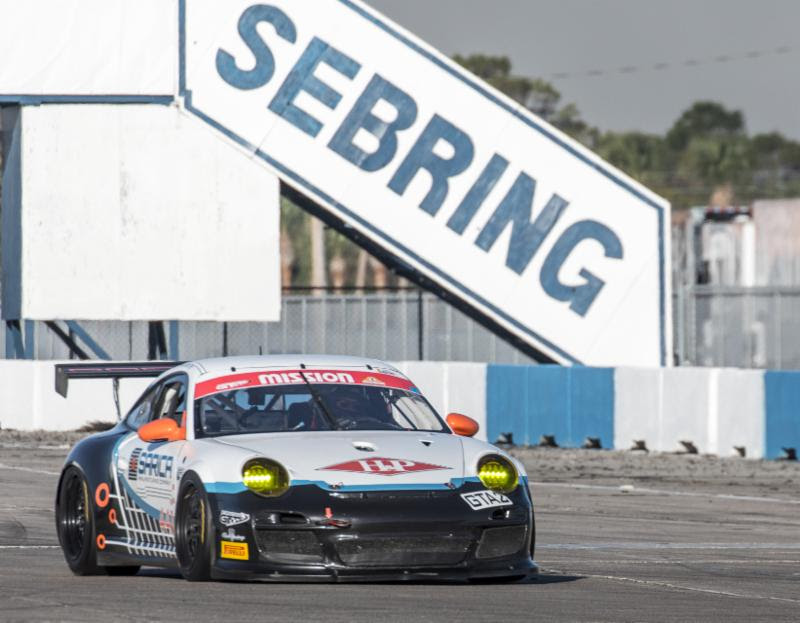 The largest entry, with 12 cars, belonged to the Mission Foods GT3 Cup Trophy 3.8 category. The #25 entry of MARK SANDRIDGE and JOE VARDE dominated the weekend, with Varde winning both sprint races and Sandridge, who was delayed in arriving to Sebring due to schedule conflicts, drove solo to a win in the 90-minute enduro. With SCOTT DAIGER finishing second.

Proudly displaying the Puerto Rican flag on his hood, ROBERTO BENGOA, had only recently returned from his native homeland where he has been assisting with the continued hurricane restoration efforts. Bengoa, racing in his first International GT event, finished on the podium for all three races, with a second and a pair of third places. 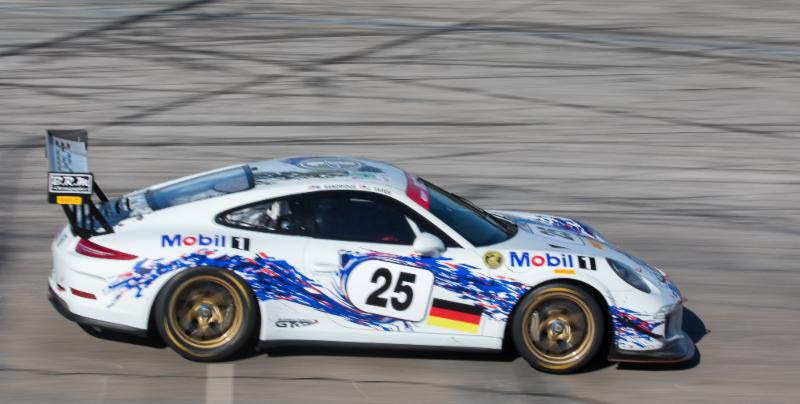 Series regular, LUKAS PANK, at 20 years old, won his first International GT race on Saturday in the Mission Foods GT3Cup Trophy 3.6 liter division! He was joined on the podium by ED BAUS in second and RANDY CASSLING in third. Baus, owner of Demon Speed Motorsports – a parts supplier well known to most Porsche owners and racers – moved up one step on the podium on Sunday to win the enduro. While Cassling with co-driver, CHRISTIAN COGGINS finished second in the enduro.

Another newcomer to International GT at Sebring, was KEN BLAIS and his 18 year old son CULLEN in their beautiful Porsche Cayman Club Sport (above). The father and son duo swept the category winning all three races over the weekend.

International GT would like to thank all of the other first time competitors who joined us at Sebring. In the Mission Foods GT3 Cup category: GARY JENSEN, ANDREW UZAROWSKI, CHRIS RUPPEL and JON MANSHIP, with ROB ALBINO racing a Boxter. In the Maranello Cup Championship, KEN MARLIN and ROB METKA. We look forward to having you participate with us through the season. 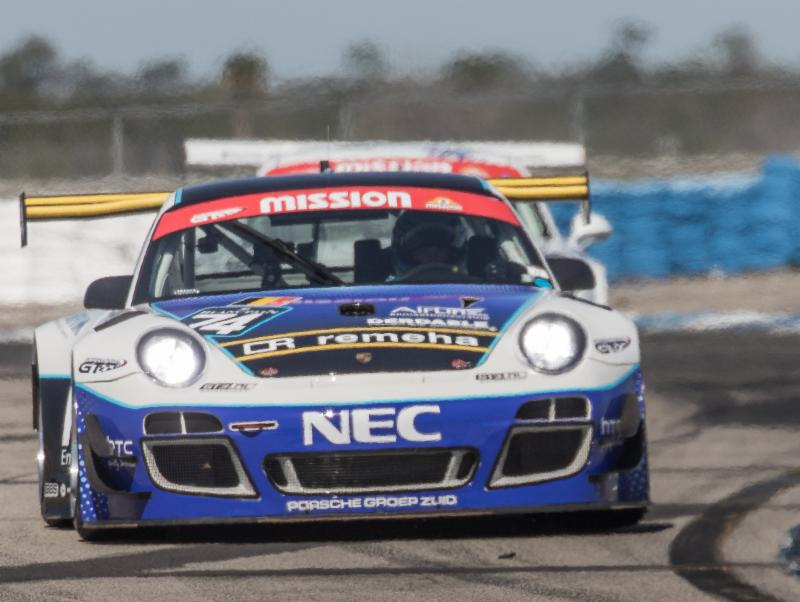 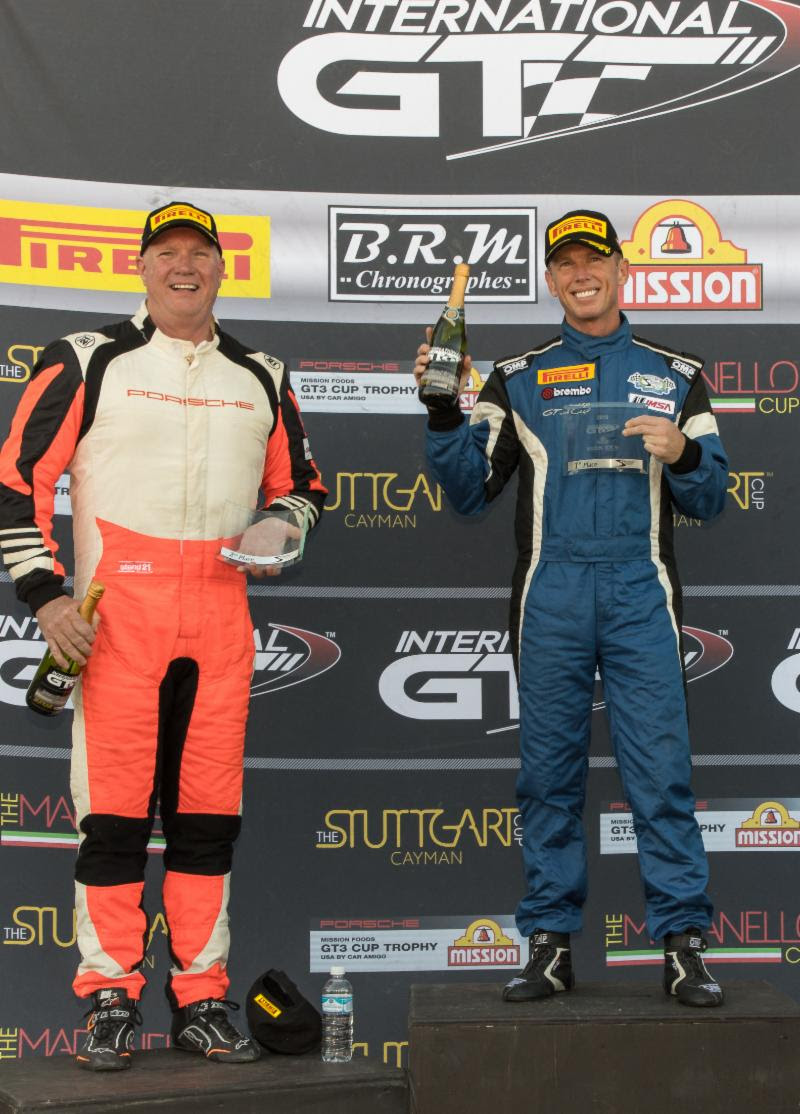 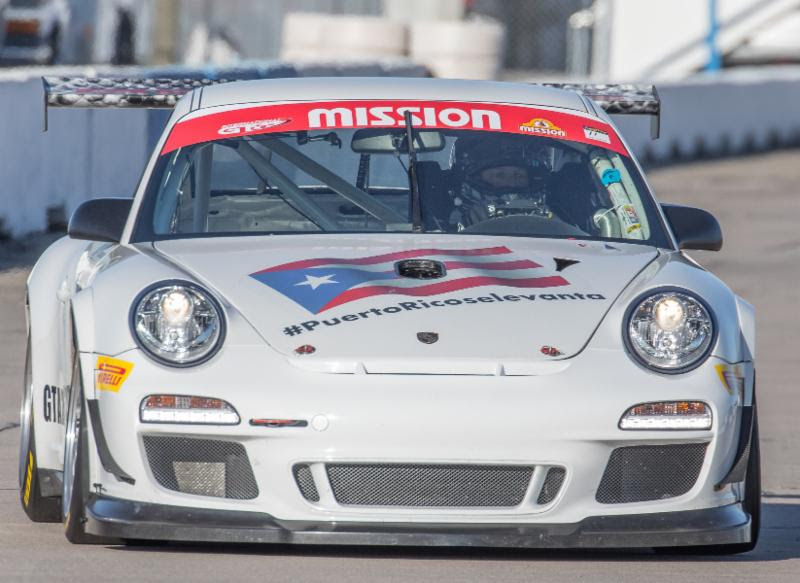 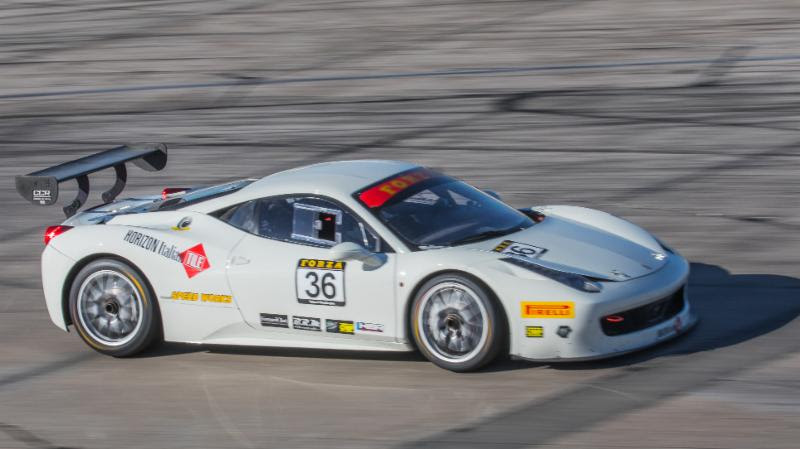 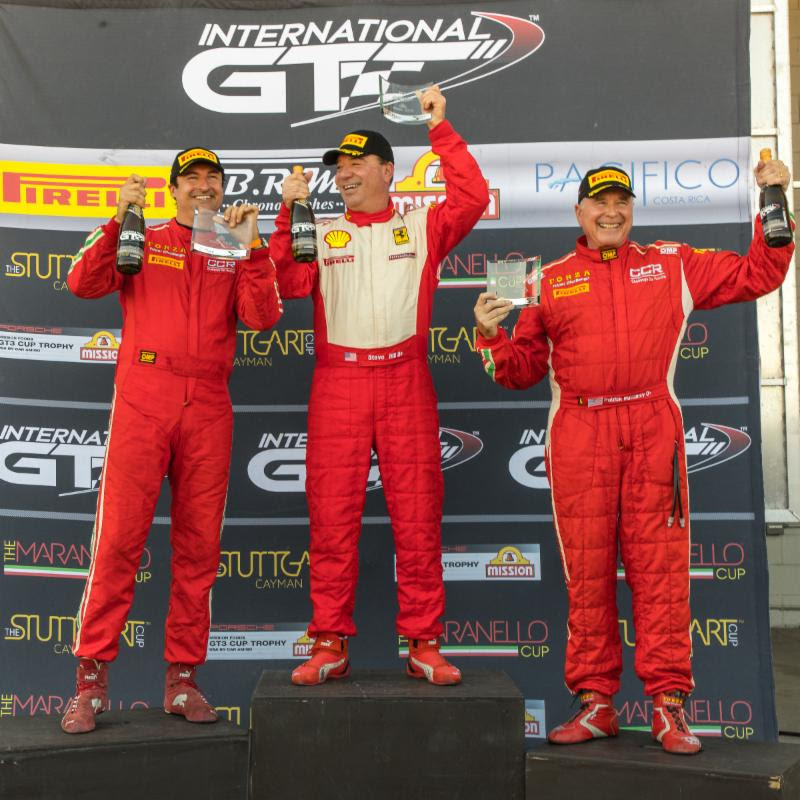 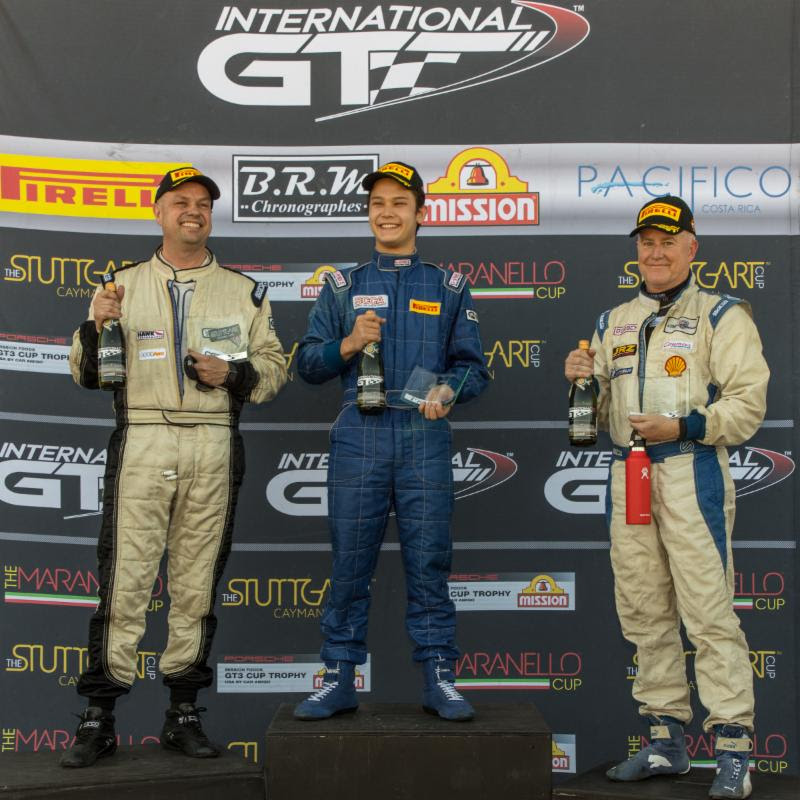 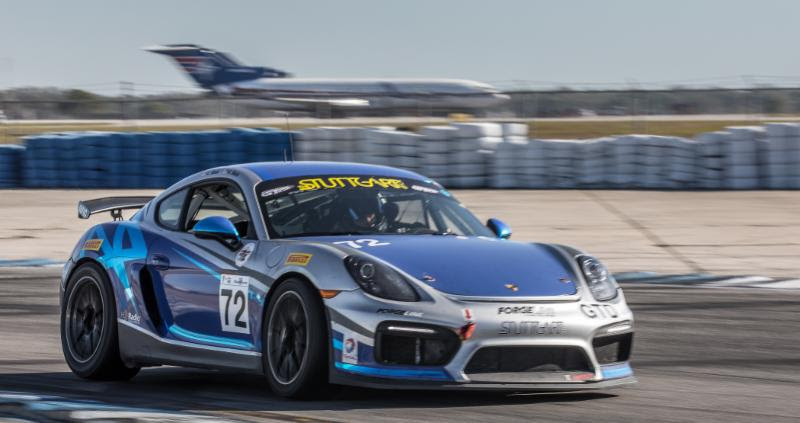 Check out more photos and exciting videos from Sebring on our Facebook page!! 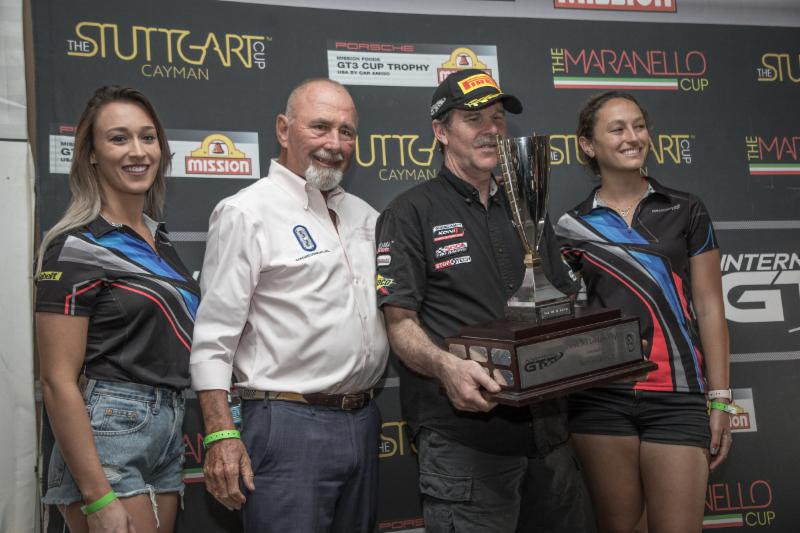 As has become International GT’s tradition, the 2017 Champions were crowned at an awards reception on Thursday night at Sebring. Although the Champions have been savoring their accomplishments since the season finale at COTA last November when the final points were tallied, one very deserving award came as a surprise. The Derek Bell Le Mans Trophy, The Spirit of Competition Award was presented by JOHN GORSLINE to COLIN COHEN and his NORWOOD AUTO ITALIA team. The award is given to the driver and team who have shown exemplary sportsmanship, professionalism, camaraderie and competitive spirit. A much deserved honor for one of the Series’ standout teams!!

International GT Heads to Road Atlanta for Round 2

The second round of the International GT Championship goes to Road Atlanta on March 29-31. A driver’s favorite, Road Atlanta is a challenging, fast and fun circuit about 40 minutes north of Atlanta, in the red clay and rolling hills of Braselton, GA.

The Series will also be touring the Porsche Cars North America facilities in Atlanta on Wednesday, March 28 and hosting a reception at the Lucky Dog Garage on Friday night. Join us for what is sure to be an exciting event!